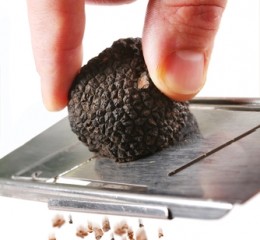 THE MAKING OF THE TRUFFLE

A black pearl appears through the earth

The wild truffle develops close to oaks, hazels and hornbeams. These trees are known as truffiers. The truffle grows under a fine layer of earth (usually less than 15cm below). 'Born' in the spring, the truffle takes several months to mature. During summer's heat and dryness the truffle sleeps. It then 'wakes' in September, grows and develops its flavour. The season for gathering them (end-September to early-November) depends on the species. The truffle particularly likes calcareous, well-drained soil with low acidity (above PH7). The truffle is gathered with the help of a dog or pig - their sense of smell guides the owner to the buried mushroom in the truffle farm. The animal will dig at the earth to free the truffle (known as cavage), and the owner will have to intervene quickly before the animal eats it. The dog or pig gets a reward (cheese or cake): since pigs are so much more difficult to control, dogs are preferred. But the oldest of the caveurs or rabassiers (truffle ramasseurs or collectors) prefer to use a particular species of fly (suillia gigantea) which is especially fond of truffles. Once the truffle has been found, the caveur carefully extracts it from the soil with the help of a small pick called a cavadou. The earth must be replaced gently to preserve the terrain and so that truffles will appear next year in the same spot.

Searching for truffles is a challenge for the specialist. Everyone has their own method of search, their favourite areas that they keep secret. However, truffle culture has greatly advanced in truffle farms over the last 30 years. Today, farming provides more than 80% of French truffles as against some 20% of 'wild' truffles. Despite everything, the rarety of the truffle still affects the price. The quantity of truffles produced each year remains low: France today produces around a twentieth of what was produced at the end of the 19th Century. 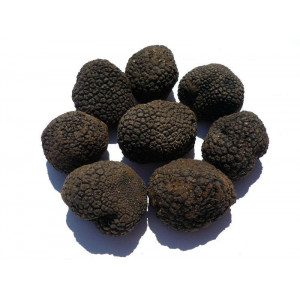 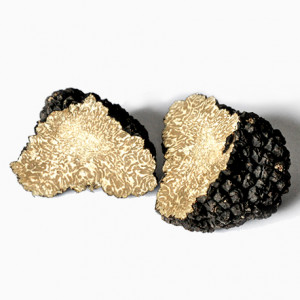 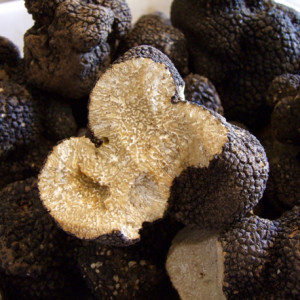 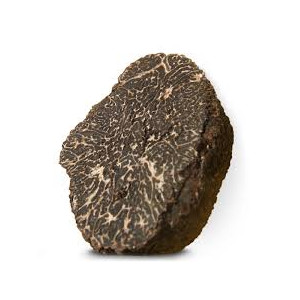 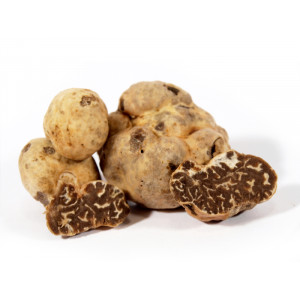