Noble, rare, precious. Caviar has such a reputation that even those who have never eaten have an idea of ​​its appearance and flavor. From Beluga caviar to Baeri caviar, there is something for every taste and price. CAVIAR PASSION offers all the varieties of farmed caviar that exist and chooses the best world productions. Quality is essential, but so is the price. CAVIAR PASSION reviews the prices regularly and often offers promotions to constantly practice the right price. 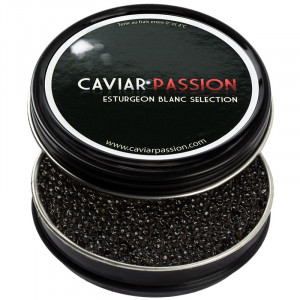 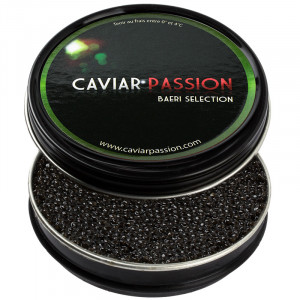 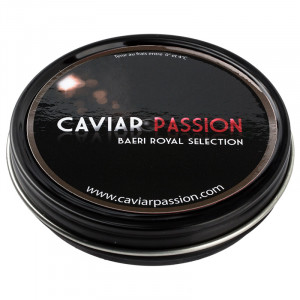 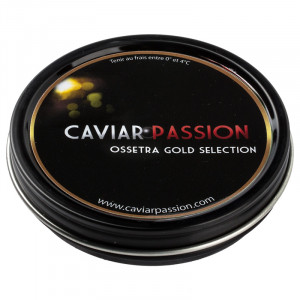 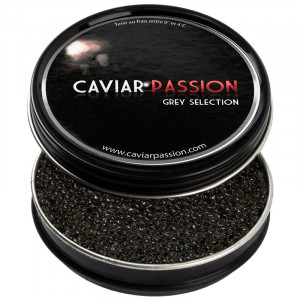 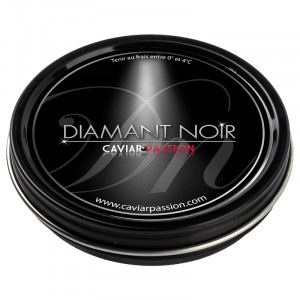 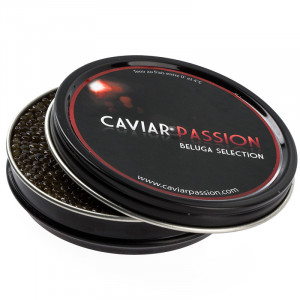 Caviar is the most magnificent, the most rare and the most precious delicacy. Caviar’s renown is such that even those who have never tasted it will have an idea of both its flavour and what it looks like. Beluga, Ossetra, Sevruga and Baeri: all types of caviar whose names are charged with magic. Caviar historically came from the Caspian Sea, and was imported into France by Russians, so loading its mythology still further. The times have, however, changed. The wild sturgeon has become rare and has been superseded by farmed caviar from Russia, Bulgaria, China and Uruguay, as well as several European countries including Italy and France (the latter called Aquitaine caviar). On our ‘Making caviar’ page, you will see that caviar is the result of careful preparation. The various essential steps such as collecting, sizing, salting and packing are necessarily restricted to experts. Too much salt? The eggs will harden. Not enough and the eggs become limp and collapse. Also, read our advice on eating caviar. It’s to be eaten simply … but there are still a number of codes of ‘good manners’. The objective is to reveal caviar’s wealth of secrets to those eating it. Bed of ice. Mother-of-pearl spoon. Vodka or Champagne. Just follow our advice.