THE HISTORY OF THE TRUFFLE

The hour of glory

Truffles have been eaten since the beginning of time. One can very easily imagine the first humans eating truffles, an easily accessible food. This refined mushroom only began to be used seriously at the end of the Roman Empire ... with quantities of herbs and seasoning, which will have totally destroyed its taste. Hence this delicacy became totally uninteresting. A thousand years later the Popes, installed in Avignon, finally gave the truffle the attention it deserved. King Francis I of France (1494 – 1547) was the first to place the delicacy on a royal plate. Later, Brillat-Savarin (French politician and chef 1755 – 1826) decided that the truffle was worthy of being cooked on its own. For him, the truffle wasn't just one ingredient among others. From 1863, phylloxera (a malady coming from the insect of the same name) ravaged vines throughout Europe. Although a catastrophe for the vineyards (it would take them 30 years to recover) this was excellent for truffle-hunters who were able to take back vast areas of land favourable to truffle production.

However, the two World Wars took away people precious to the countryside. Those who survived abandoned the truffle to deal with far more pressing needs. The rural exodus in the second half of the 20th century did nothing to help. The countryside was ageing. Knowledge of the truffle was lost.

However, in the Sixties, research was conducted on the truffle. This was carried out with the involvement of both France's National Institute for Agronomic Research and Italian authorities. This work enabled the cultivation of truffles in orchards especially designed for them. Hence, today, the truffle (like caviar and foie gras) has been transformed into a most exceptional delicacy. It now has two contrasting images: undeniable modernity, with its ability to adapt, as well as its 'brand' of being both traditional and mysterious (partly thanks to what we know of wild truffle hunting). 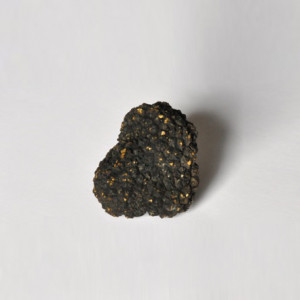