Historically, caviar came from sturgeons in the Caspian Sea. But, over time, they migrated to European seas and rivers. This explains why the production of French caviar has considerably developed to the point where France is now the second largest caviar producer in the world, just behind Italy.

A small history of French caviar.

At the end of the 19th century, caviar was mainly produced in Iran, and later in Russia. A refined, quality delicacy it was placed on the most prestigious tables and delighted the palates of the then great people of the world who loved making them explode in their mouths and appreciated their delicate hazelnut and more or less iodised flavours.

In the 1920's, France began to be interested in these small black creamy, flavoured balls which, until then, had not been fully appreciated.

It is said that, in the 18th century, King Louis XV had just put a spoonful of caviar – offered by the Russian Tsar - in his mouth, when he spat it out in the face of his ambassador, Pierre le Grand. French caviar production had its golden age in the inter-War years. It then slowed down before it picked up again in the 90's.

Pollution, over-exploitation and poaching have all contributed greatly to the progressive disappearance of wild caviar production. The number of sturgeon farms has slowly increased in France and has resulted in the production of high-quality farmed caviar.Where is caviar produced in France?

Today, caviar is largely produced in south-west France, and in the Aquitaine and Sologne regions. The sites of caviar production (hatcheries, ponds for selecting and maturing sturgeons, production units) share French caviar production, a caviar reputed for its excellent quality because selected by our experts with unequalled savoir-faire.

Aquitaine caviar originally came from the Gironde estuary, but gave way to a caviar derived from sturgeon farmers from the Gironde and the Arcachon Basin. As for Sologne caviar, its reputation is strong that today it is acclaimed by chefs and fine palates alike who all appreciate its firmness and its mellowness.

- France produces around 23 tonnes of caviar per year, extracted from nearly 300 tonnes of sturgeons produced by aquaculture. /// - France has about 15 sturgeon farms around the country.

- France is the 2nd biggest caviar producer in the world.

- More than half of France's caviar production is exported. 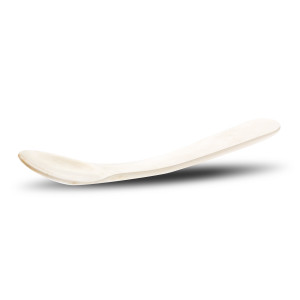 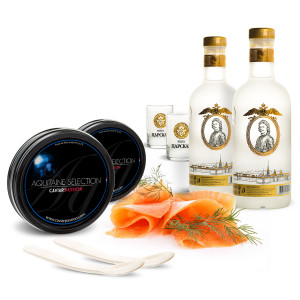