Shopping guide for foie gras First, let's look at the various products available. From the very classiest to something much more simple here's what the different labels convey. There are the following: 'Foie gras entier' (generally in a single piece from a single liver, or at most two pieces from two separate livers), 'Foie gras' (pieces blended from different livers), 'Bloc de foie gras' (cream of several mixed fois gras), 'Bloc de foie gras avec morceaux' (cream of several mixed foie gras with pieces added after the mixing), 'Mousse de foie gras' (a mixture of foie gras with fat), 'Pâté de foie gras' (containing at least 50% foie gras), 'Parfait de foie gras' (containing at least 75% foie gras). 'Foie gras entier' is the top of the range … and, logically, is therefore the most expensive. 'Foie gras',is also called 100% morceaux, comprising lobes which have been brought together to create a single piece. The blocs de foie gras have a minimum of 30% foie gras in the total weight. Since classical times foie gras has been prepared using different birds. Migratory birds were always chosen since they naturally stored fat before beginning their long journeys. Nevertheless, in Egyptian and Roman times, it was geese that would be force-fed, whereas today more than 90% of foie gras is from ducks. It is said that duck has a stronger, firmer taste, while goose is finer and more delicate.

Duck foie gras represents 95% of the fois gras market. It is more sought after than goose because its texture is firmer, its colour browner and its taste more distinct. Duck foie gras comes from two races: Barbary ducks (Cairina moschata) and Mallard ducks (Anas platyrhynchos). The latter are a cross between a male Barbary and a female from China or Rouen. The Mallard is the species far and away most used in French farms because it fattens well and produces a quality meat.

Its critics find it dull ... but its supporters underline the subtlety of its aroma. Goose foie gras, which largely comes from the French grey goose, weighs double the duck variety and has a pinker look. The French grey accumulates lipids in its liver, as opposed to the Polish goose which mostly converts carbohydrates into fat on contact with the meat. The foie gras from a Polish goose is therefore smaller and the meat less interesting.

Goose farming for foie gras production takes a week longer than for the ducks. That partly explains why one sees duck (rather than goose) foie gras on the market. 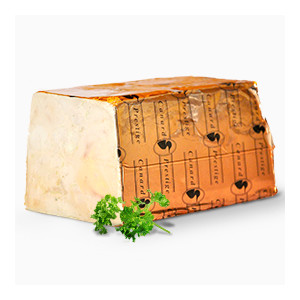 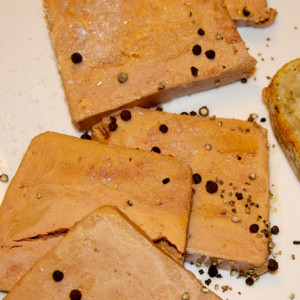 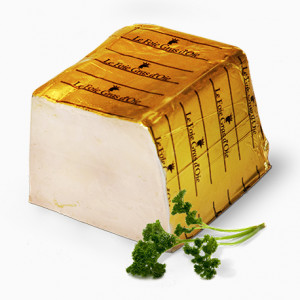 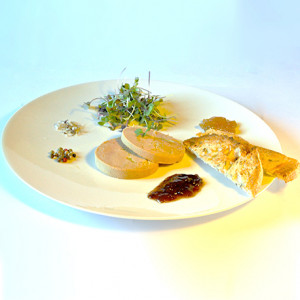